We won the Unity Award for Best Student Project!

We've been pinching ourselves for a full day now, but all the congratulatory tweets and messages we're receiving are probably not lying: we WON the Best Student Project award at the Unity Awards 2016 in Los Angeles last night!

We had been sitting in our office all night, waiting for the award show to start and for the student category to come up. Now, teams always say this, but we're not lying when we say we were not expecting this - there were so many cool and beautiful and more finished products, and we were already humbled to be among them. Huge shoutout to the other games in the category, we're proud to be in this category with you! 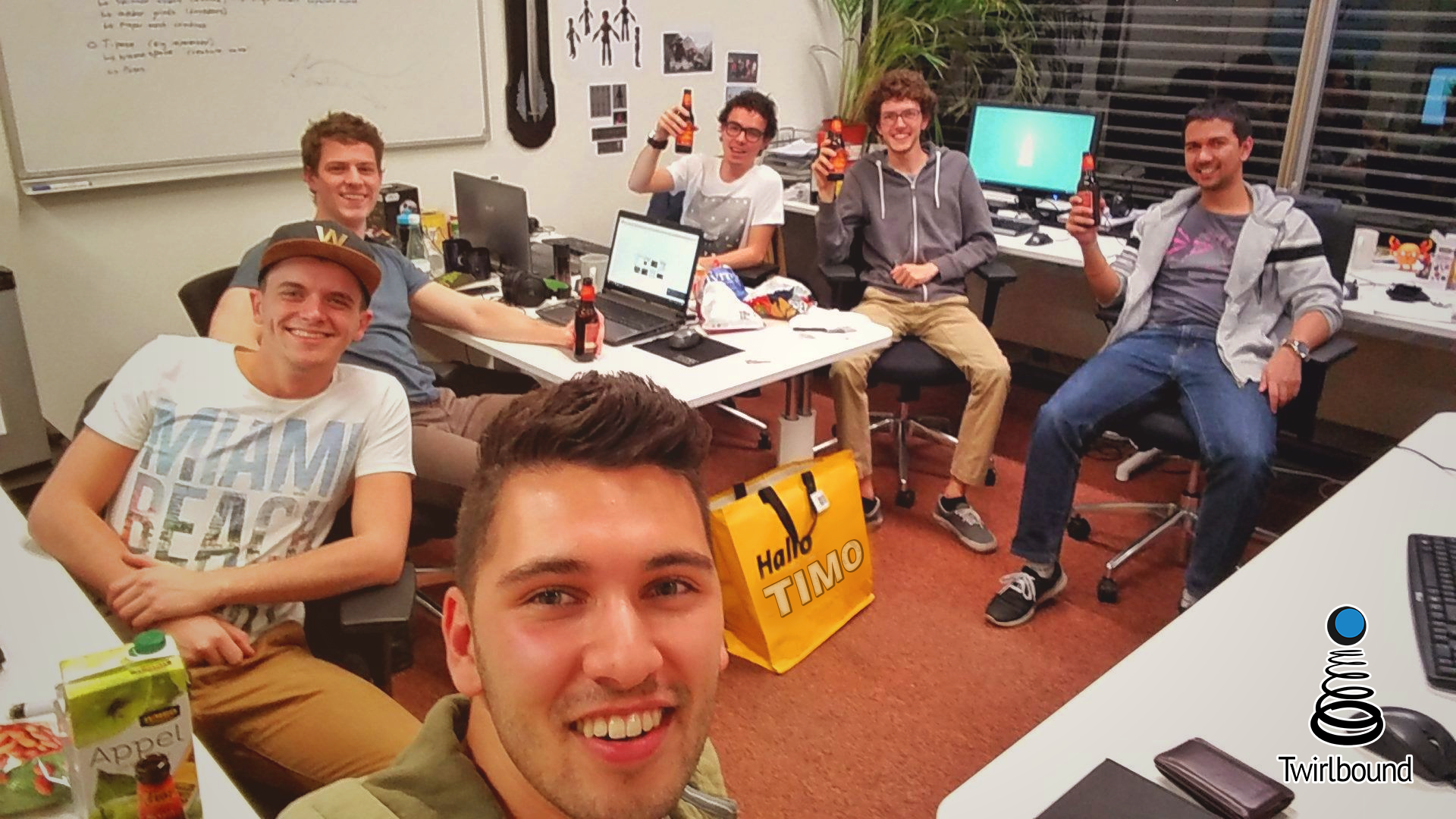 The third category to be mentioned during the show was the one. And then they called our name! We couldn't believe our ears, and we're not sure if we're stuck in some weird alternate Black Mirror reality as of yet - but we're excited either way. 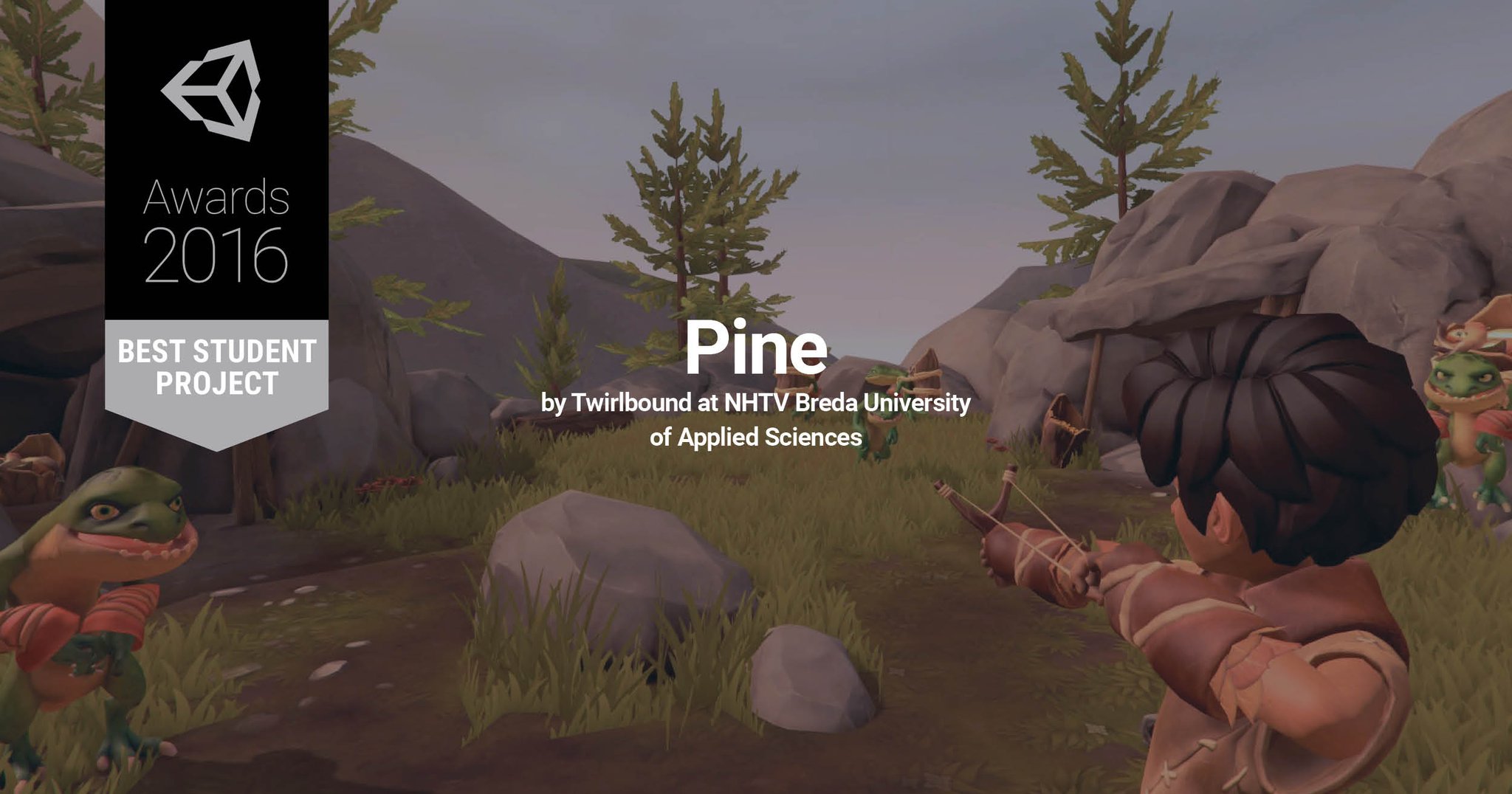 Stay tuned for more good things to happen, we couldn't be more motivated to make Pine the best game we can.

Thanks for your interest!

On the Origins of Pine

About a year ago the rather ambitious idea arose to build a game about evolution – thematically, mechanically and visually. It was immediately clear that our main challenge lay not in building a fun game, but in bringing such a high-level concept to entertaining gameplay, in whatever form.

The first concretization came from a mechanical implementation of adapting/evolving enemy behavior, something our programmer Marc had been working on for half a year as a research project. Those techniques somewhat resembled what is being used in fighting games to track your moves and to let the system form patterns, but we wanted to go deeper. We specifically wanted our game to be something more than combat – something of an adventure. 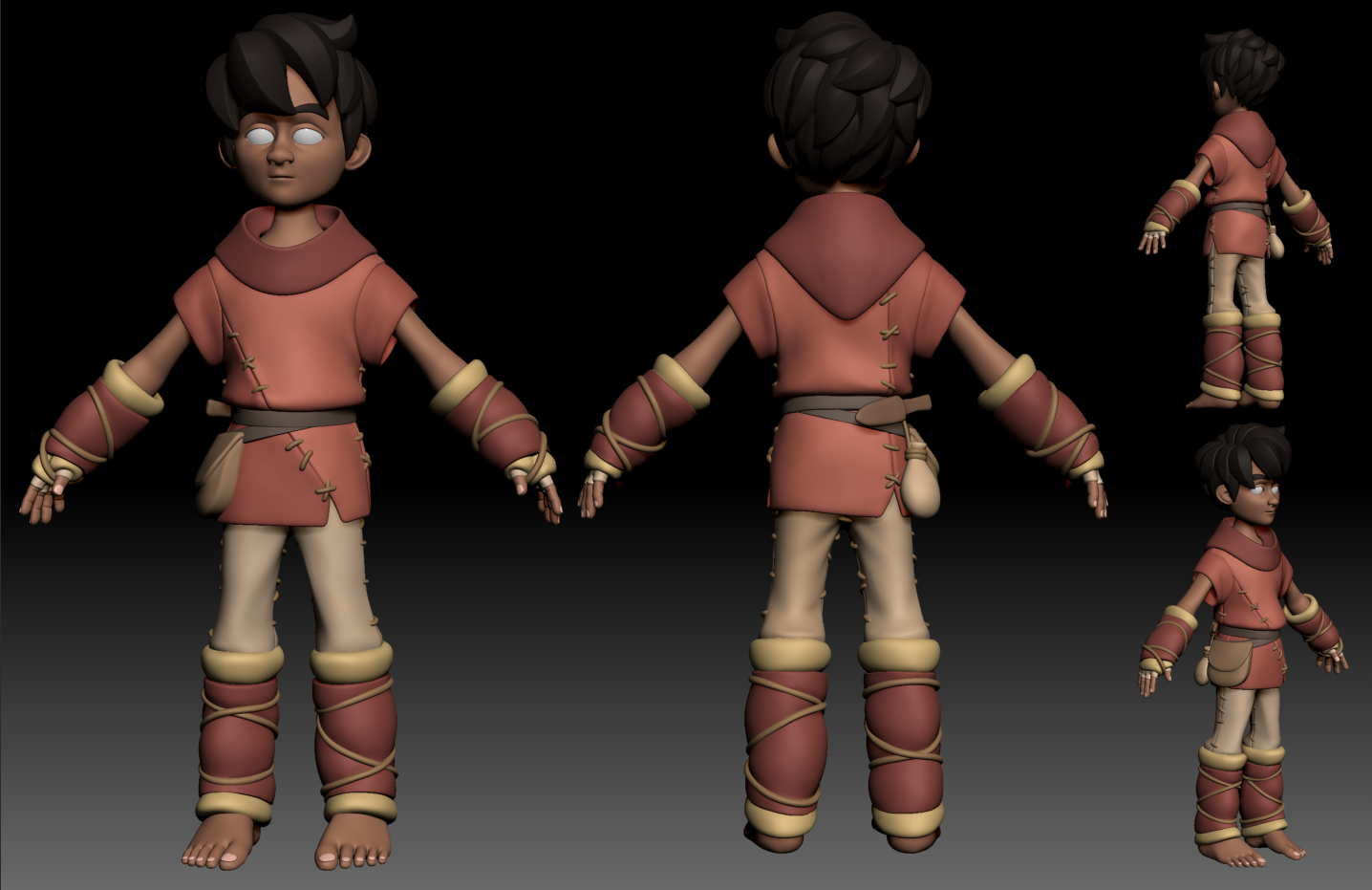 An untitled new game was born, right after the release of With the Wind. Only having some thematic and genre-specific goals in mind, we were faced with a crazy amount of freedom, urging us to take the time to conceptualize everything nice and slowly.

The concept went from huge to tiny, from overly ambitious to just about the right size. We had some amazing breakthroughs that we think catered the mind-shift needed to let this concept work, and we can’t wait to build a full game around it all. However, Rome wasn’t built in a day, and neither is Pine – we’re taking baby steps to get our weird mechanical implementations to work on a player level, to make sure we always maintain the entertainment value, which we hold in high regard.

With Charles Darwin’s original work at hand, the latest of neural network technologies implemented and the reference window of the best games out there, we’re going full throttle to build an amazing experience.
On this blog, and after this brief introduction, we want to show you pngs, gifs, videos and stories about how we will develop Pine over the course of… who knows. The path ahead might be a large one, but keeping the public updated is a way for us to get instant feedback and have an external motivation.

The next stop for the project is to deliver a ‘vertical slice’, or an exciting demo, to show off Pine’s core mechanics in all their glory. While the theme of evolution will thrive in a longer game, we strive to make a smaller prototype in only 16 weeks that embodies this theme. Here's a quick gif to get things rolling!